Masthead is live-action silhouette of Cohen conducting, set against score he engraved for piece he composed for 2 soloists, full SATB choir, and folk-rock band.

“Conducting my own music is the greatest pleasure I know.
There is no feeling like it, and I would not exchange that satisfaction
for the world.” – Aaron Copland (said to Bruce Cohen in interview)

Bruce Louis Cohen primarily conducts his own compositions: however, he has conducted works by others, and welcomes requests for him to consider such engagements also. Examples of his work are below.

Conducting youth choir (Cohen visible in silhouette at bottom left) for audience of around 2000 people, at international conference, performing a Bruce Cohen song (lyrics and music) with his vocal arrangement, and band-tracks from his studio-album providing the instrumentals.

Video footage of the finale of the above concert at this link: Bruce Cohen Video Conducting Youth Choir. 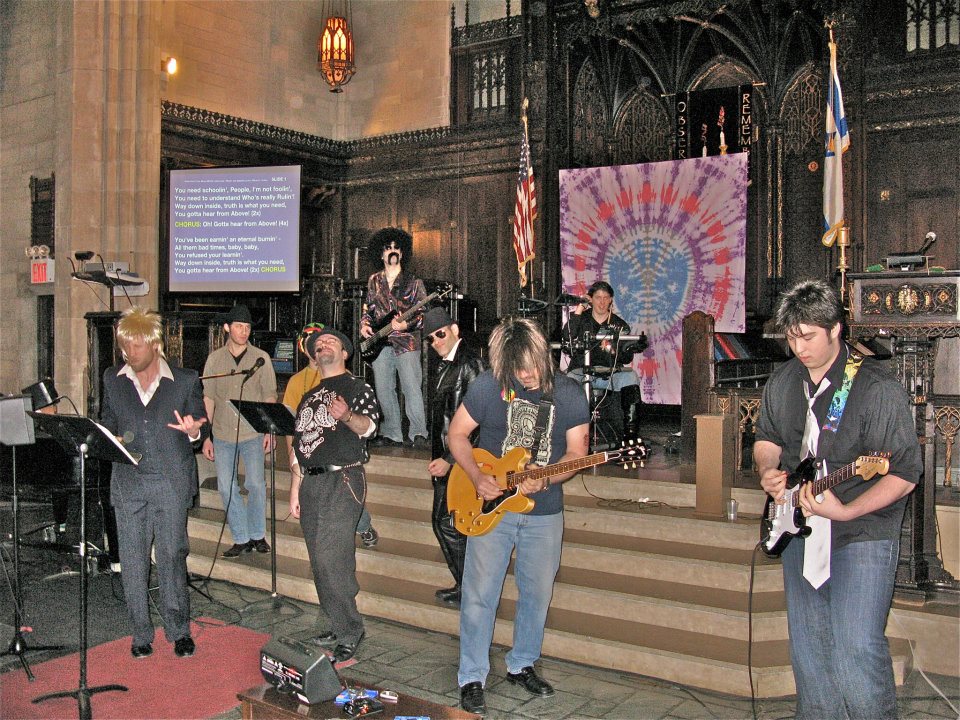 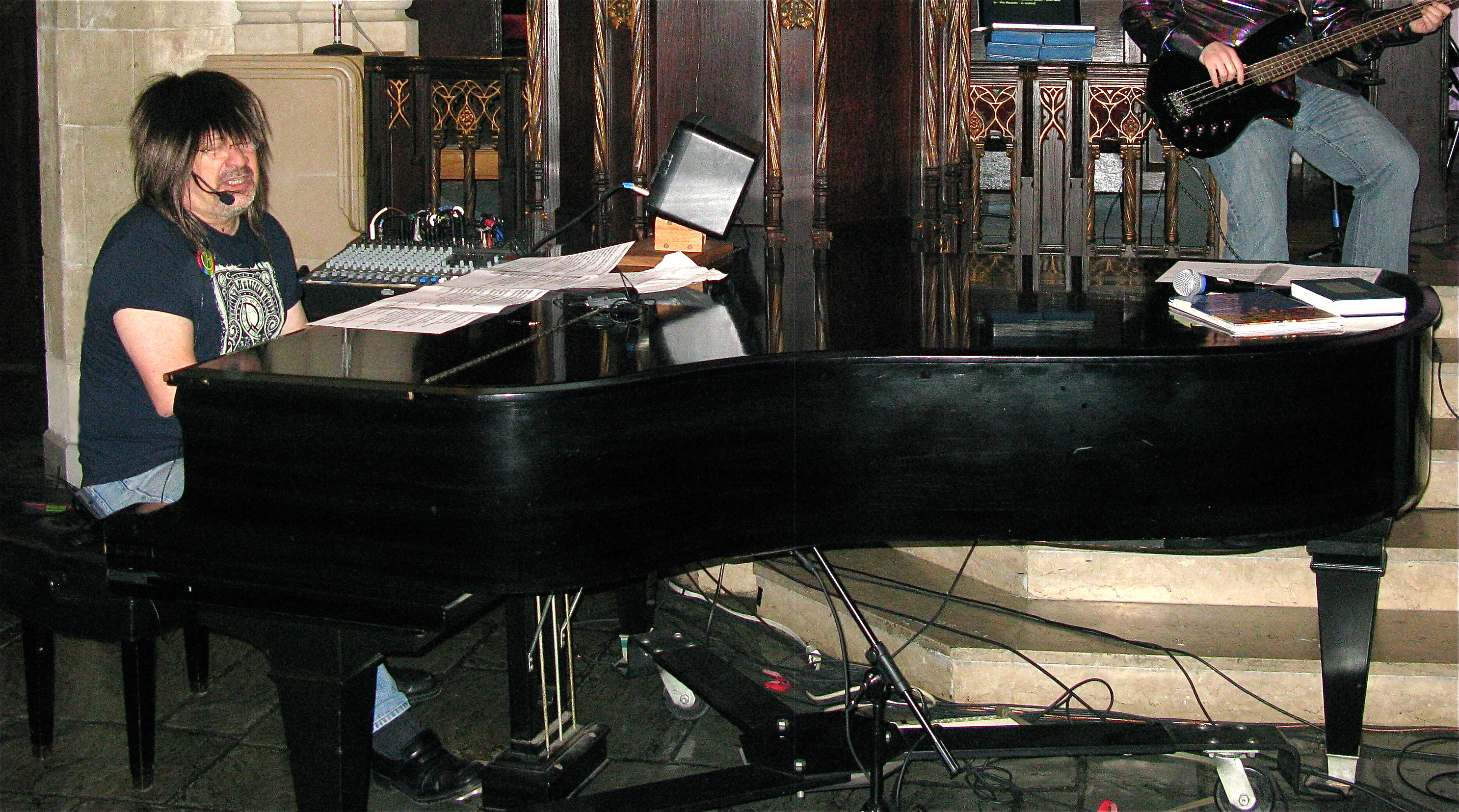 Conducting same rock band from behind the piano.