How The 2021 Post-Election Quarrel Can Be Evaporated

It could all be so simple.

It’s the bombast that has to go. Both Parties need to stop yelling and start providing.

Evidence any side has for any gripe needs to be provided in open, unbiased due process.

That is quite literally all that is needed.

Democrats yell as often as possible in mass-media, “There is no evidence.”

Republicans are shouting back, “There is evidence: we cite it, and you won’t publish it! You just keep saying on CNN “none exists.”

Democrats scream, “But there is none! We say so! And Trump won’t concede because he’s insane!”

Republicans counter with, “Stacy Abrams lost in Georgia for Governor years ago, and she has still not conceded that election! Where’s the objective standard, right for all Parties in all seasons?

Republican FoxNews adds more fuel to the fire with, “The Hunter & Joe Biden Influence-Peddling Evidence and Scandal was kept out of the news by a left-leaning media conspiracy!”

CNN & MSNBC retort, “Getting back to how crazy the President is for not conceding …”

Fox parry-thrusts with, “Hunter Biden’s partner came forward and filed and affidavit under oath, just like Ramsey Davis came forward during the Chicago Seven trial, that Hunter took pay for play over and over again, and Joe Biden was involved and aware.

CNN reacts, “That’s not evidence,” and refuses to investigate.

The Right deals back, “See! Evasion of journalistic responsibility for one Party’s benefit!”

The Left answers, “There have been hearings, and the ballots have not been proven invalid!”

The Right rejoins, “The envelopes that should have been affixed to the ballots were thrown out, so there is no way now to differentiate an on-time or valid-address ballot from a late or fake one!

President Trump returns to the central fray, “There is massive fraud, and we have shown the evidence, but you won’t report on it to the American People!”

The Left counters, “There is NO evidence.”

President Trump’s “Save The Country” Speech given at 12 noon today (6 January 2021) is a good example of the sheer waste of time and resources, and insult to rule-of-law, the shouting-match approach is. The President showered a crowed with allegation after allegation of specific frauds he was charging in specific locations at specific times. Those charges should have been provided to the appropriate judicial, administrative, and/or or law enforcement entities set by law in our Government.

At the exact same time, Vice President Michael Pence was issuing a statement that after rigorous study of our Constitution and history, it is clear that for the Vice President of one party to use his position as President of the Senate to void Electoral College votes would “run counter to the entire Constitution and history of our country, whose Founders dreaded abuse of power by interested parties. The Presidency belongs to The American People – and their duly-elected representatives should be the ones to sort out the nature of any given Presidential election.” Bravo, Mr. Vice-President, for discharging your duty in line with your Oath of Office.

Enough of the back-and-forth. Here is a simple pair of steps toward solution.

CNN needs to hire and assign Right-Leaning journalists to the Hunter/Joe Biden Influence-Peddling story, either to support or debunk it with clear investigative reporting according to the standards of the journalistic profession.

FoxNews needs to exhort the President and his Party to present their evidence as to Election Fraud or Biden Corruption in open hearings to the People Of The United States (via tv-broadcast Congressional hearings) – contrary to the game run by Congressman Adam Schiff (D – Calif), who in the Supreme Court confirmation hearings for Justice Brett Kavanaugh, kept claiming he had clear, objective, incontrovertible evidence he had seen with his own eyes … but never presented it, and ended up being shown clearly to have lied about its existence …

In sum: the Right Side Fraud Claimers need to put up or shut up.

And, the Biden Influence Scam evaders on the Left need to summon the journalistic integrity to do their jobs without passion or prejudice, so the American People can see clearly if the Hunter/Joe Biden Pay-For-Play story is real, or mere diversion.

It could be so simple.

However – one thing should easily be common value ground for both Parties. “The Big Lie’ Technique pioneered by Adolf Hitler and Joseph Goebbels – “tell a lie so loudly, so brazenly, and so often that people simply stop resisting it and accept it as true” – should not be adopted into the business-as-usual playbook of any American political party.

One citizen’s thoughts, who has spent his four-decade vocational life as a culler of meanings and truths from abstruse documents and complex situations. 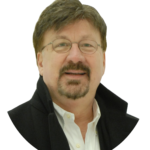